With generations of people coming back to vacation on the white sand beaches of Panama City Beach, it's not long before you'll overhear someone reminiscing about the fun they had "back in the old days." With so many "back in my younger days" stories floating around, it surprises many people to learn that the city of Panama City Beach wasn't officially founded until the 1930s! Still, in the last 80 years or so there's been plenty of time to make stories and memories along the "World's Most Beautiful Beaches," from fishermen who can't stop thinking about "the one that got away" to would-be romantics daydreaming along the same lines! 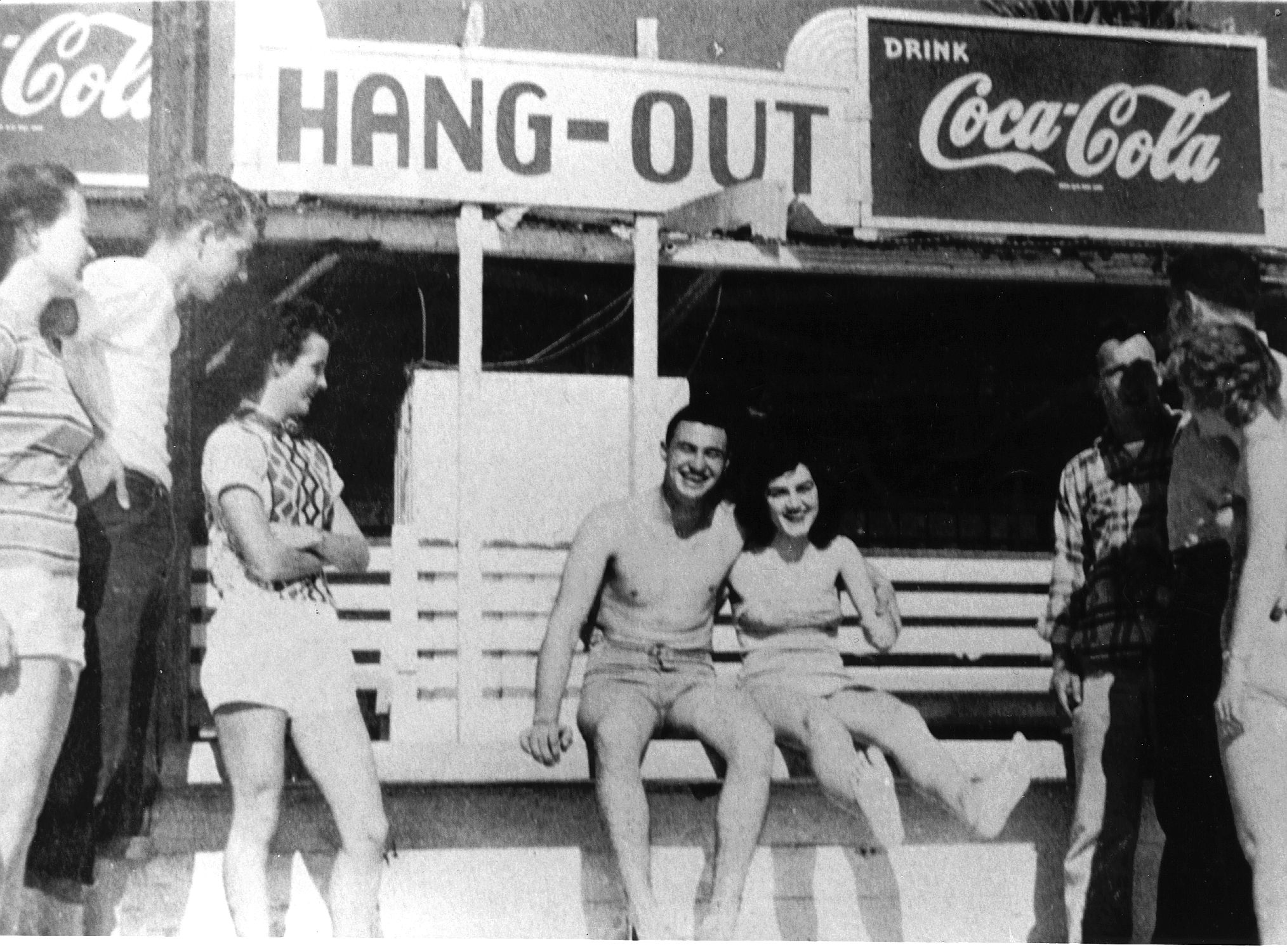 One thing that has stayed the same is the lure of the sun, the sand, and the gorgeous waters of Gulf of Mexico. Swimsuit styles may change, but the smiles of beachgoers from generation to generation shows what an irresistible appeal the beach has always had for those who enjoy fun in the sun. One of the first places in Panama City Beach to capture the attention of America's youth was dubbed "The Hangout." Really just a wooden dance hall and concessions center, The Hangout was such an important part of the social scene in the late 50's and early 60's that a group calling themselves "The Beach Bummers" still meet to commemorate those great time. Many of those teenagers now find themselves well into their golden years, but they still know how to have a good time, and it proves that happy memories made on the beach really do last a lifetime.

Of course, the simple wooden structure of the Hangout could stand up to only so many hurricane seasons, and while it may be gone, in its place are new beach hangouts like Schooner's Restaurant, Spinnaker Beach Club, Club LaVela, Sharky's Beachfront Restaurant and Tiki Bar, Pineapple Willy's, Hook'd Pier Bar, and Barefoot Beach Club. 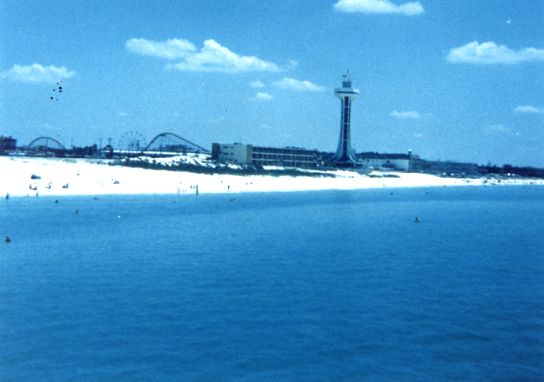 A more modern structure that caught the imagination of children of the 80's and 90's was the Top O' the Strip observation tower - a space needle lookalike that towered 200 feet into the sky and gave tourists a bird's eye view of the beach. Located near the County Pier and the original Miracle Strip Amusement Park, the tower had to be torn down after Hurricane Opal damaged it in 1995. In fact, the old county pier has been replaced by a bigger, more hurricane resistant pier as well! And while the view from 200 feet up wowed visitors at the time, now many guest can enjoy the same view from their private balcony in one of the new high-rise condos found along the beach. 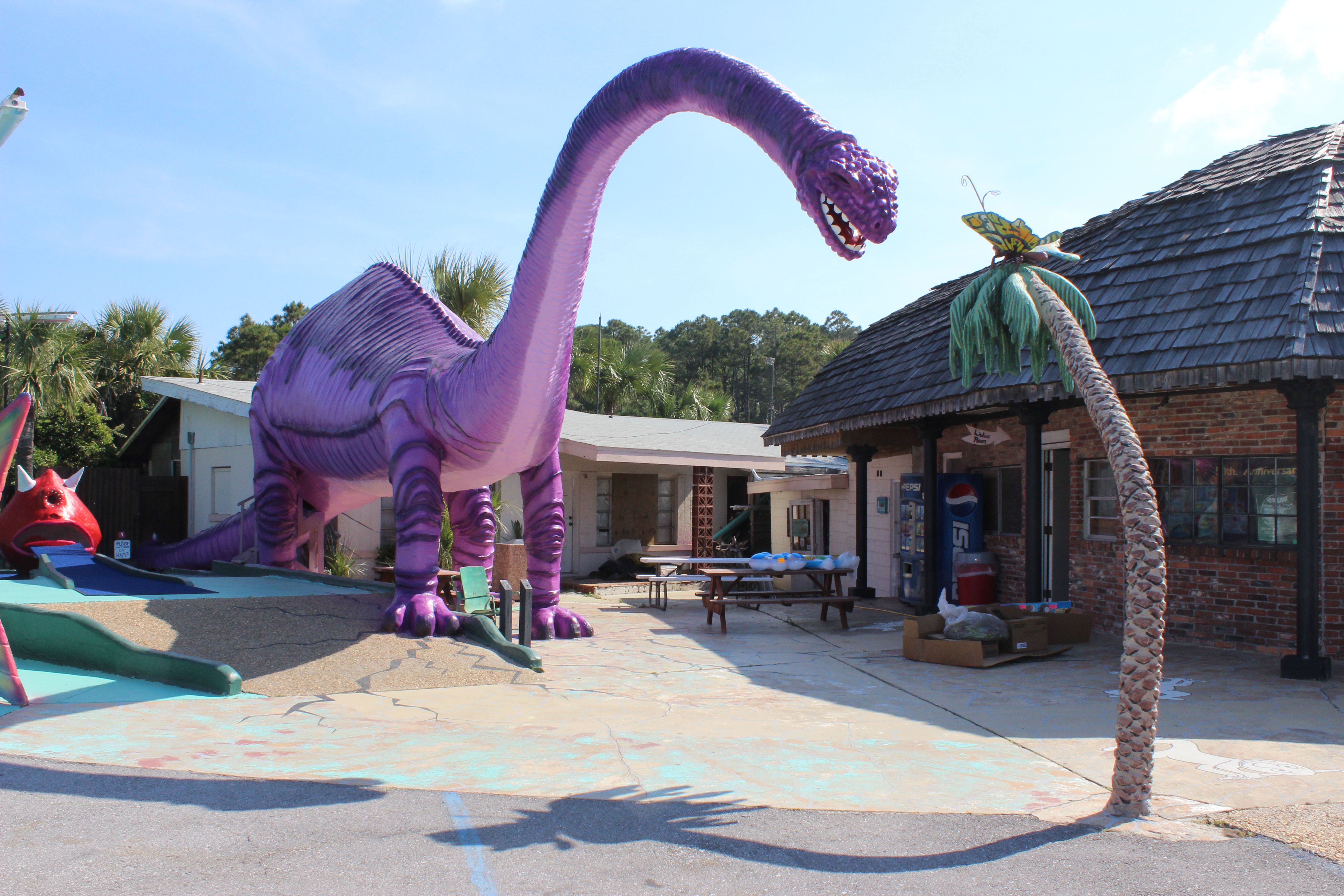 At other places along the beach, you don't have to go far to get a taste of the past. A favorite with locals and visitors alike, Thomas' Donuts still looks much the same as it did when it opened in 1971, and the now-vintage look at the original Goofy Golf was cutting edge when it was built in 1959! In fact, other works by Goofy Golf creator Lee Koplin are now being rightly preserved as works of art in other states, while here in Panama City Beach you can see Koplin's art while putting through an alligator's mouth or between the legs of a dinosaur as you aim for a hole-in-one! Now that's an interactive art exhibit!

And that's the beauty of Panama City Beach: Whether you're here for the fun, sun, and sand as they've always been, the classic beach experiences like a favorite family-owned restaurant, the vintage rides at the new Miracle Strip Amusement Park, or the timeless fun of Goofy Golf, the most important elements are still all here, and what will someday be the memories of "the good old days" are still being made every day in Panama City Beach.